HALL OF FAME INDUCTEES OF 2017 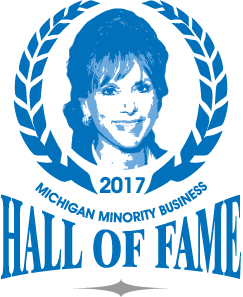 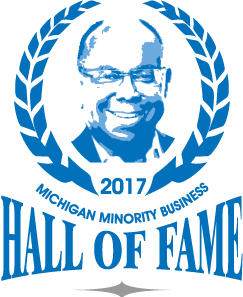 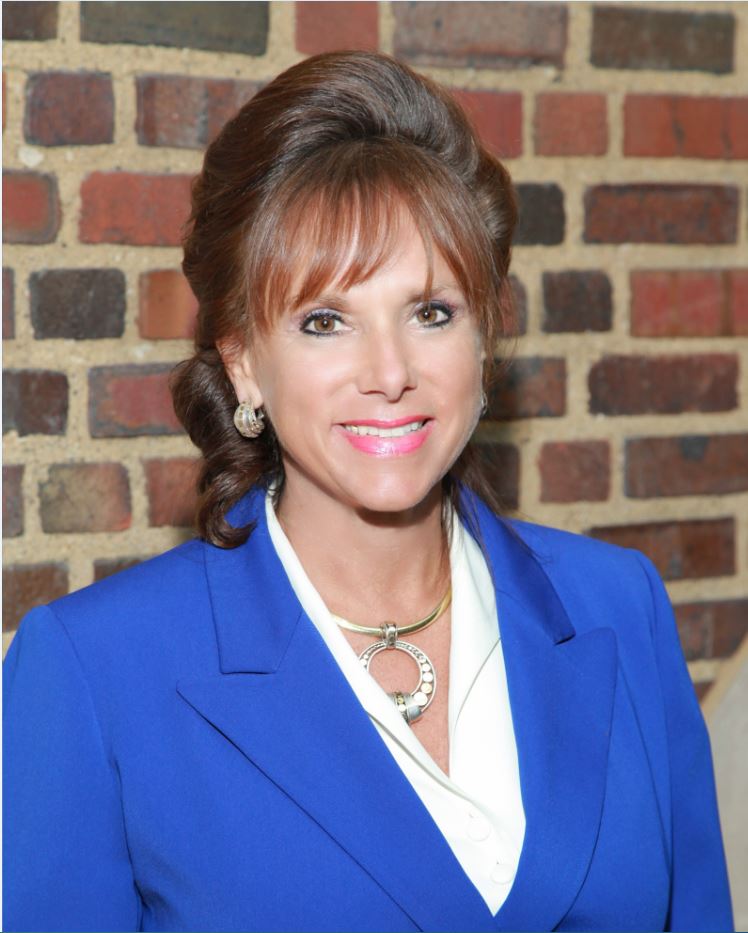 Through sheer force of will, tenacity, and ingenuity, Ms. Andra Rush remarkably transformed a $5,000 loan, a couple of credit cards, and three old vehicles into a multibillion-dollar powerhouse and the largest Native American minority business enterprise (MBE) in the United States. Ms. Rush serves as a beacon of excellence in the MBE community and has made an ineffaceable impact in the Native American community and the state of Michigan. For these reasons, the Michigan Minority Supplier Development Council is honored to induct Ms. Rush into our Michigan Minority Business Hall of Fame.

It’s the classic American success story; a person from humble beginnings, with an idea, a small loan, and big dreams, goes on to build a multibillion-dollar company that positively impacts their community. Ms. Rush knows firsthand that it’s not as easy as it may seem. At only 23, after entering business school at the University of Michigan and interning at an air freight company, Rush decided to start her own trucking company. She began by providing emergency shipment services for customers in the automotive industry. With a little success under her belt, Ms. Rush felt optimistic about her future, “I thought I could retire by the time I was 27. At that age, you don’t know what you don’t know.”

Although she didn’t retire, within three years, Ms. Rush made extraordinary growth in her fledgling trucking business, going from 4 used trucks and vans to 40 fully equipped units. To accomplish this feat, Rush focused on excellence, punctuality and financial prudence – by ensuring that every one of her shipments were delivered on time, and by taking a full-time, 12-hour day job on the weekends as a registered nurse utilizing her nursing degree from the University of Michigan. Ms. Rush was able to develop credibility with the automobile suppliers in the state while also reinvesting her revenue back into the company.

Despite her early successes, Rush wasn’t satisfied and continued to expand the company. She was motivated to improve; not only because of her ambitions but also because of her commitment to the Native American community and her desire to provide a sizable and sustainable impact to the people and families in the community. This desire was first instilled during her teenage visits to her grandparents’ home at their reservation in Ontario. After seeing firsthand the poverty and hopelessness in the community, she knew she wanted to make a difference. She first began to employ Native Americans early in the company’s existence, hiring people from the local communities and close to her customers. She maintained a family atmosphere, with many of the employees attending church and little league games together. By 2001, Rush had upwards of 1,000 employees, many of whom were Native American.

Success wasn’t always a guarantee for Rush. As with any business, many roadblocks were facing her business at every level. Being a woman entrepreneur in the male-dominated trucking industry was chief among them. “[For years,] people imagined that the business was run by my dad or my boyfriend,” Rush stated in the Reader’s Digest, “I had to say, ‘No, the business is me!”. Rush also states that diversity has improved since she first started, noting there are many more women in the boardroom than ever before. She even used it as an advantage, “They’d be thinking, ‘Let’s see what this female president of a trucking company is like.’ They wanted to know if I really knew what I was talking about. And they were pleasantly surprised.” (Diversity Magazine).

Over the course of 33 years, Ms. Rush has grown her company to be one of the largest and most successful minority- and woman-owned businesses in the country, spanning multiple enterprises and joint ventures that generate over $2 billion in annual revenue. In acknowledgment of her significant contributions to minority entrepreneurship and local communities, the MMSDC is honored to induct Ms. Rush into the Michigan Minority Business Hall of Fame. 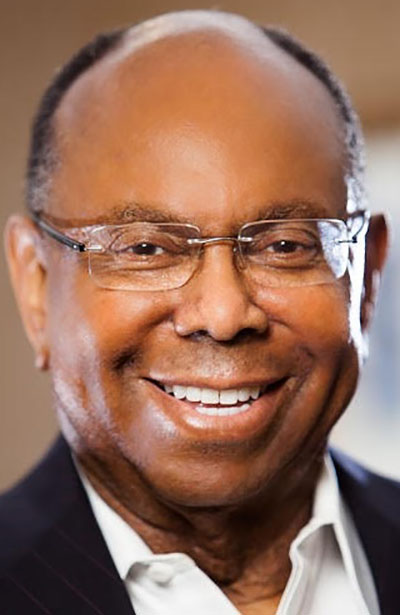 Dr. William Pickard, Chairman of the Global Automotive Alliance, is the epitome of an entrepreneur. With his blend of business acumen, ingenuity, and charisma, Dr. Pickard cemented himself as a visionary and as one of the most connected men in Michigan. Through his many business ventures, Dr. Pickard opened new gateways for minority entrepreneurs and helped lay the groundwork for MBEs in the automotive industry. The Michigan Minority Supplier Development Council is proud to induct Dr. William F. Pickard into the Michigan Minority Business Hall of Fame.

Dr. Pickard’s strength lies in the relationships he forged over his career. His desire to help others, his ability to develop fruitful lifetime partnerships, and his commitment to empowering those coming up after him are Dr. Pickard’s trademark attributes and can be traced back to his college days. While studying for his bachelor’s degree at Western Michigan University, Pickard joined Alpha Phi Alpha Fraternity, Inc. with his roommate, former Detroit mayor Dennis Archer and former MMSDC President and 2016 Michigan Minority Business Hall of Fame inductee, Ron Hall. This friendship laid the foundation for future success for all three men. After graduating from WMU, went on to earn his Masters in Social Work from the University of Michigan in 1965 and began a career of public service, first as the director of education at the Cleveland Urban League and then, in 1967, as Executive Director of the NAACP. It was at the NAACP where he began to see the opportunities available for African-American entrepreneurs. After a successful boycott of McDonald’s caused by their lack of Black franchise owners, executives from
the Columbus, Ohio office reached out to Pickard to assess his interest in a franchise. Dr. Pickard, who 2017 ACE Awards Program FINAL.indd 22 11/29/17 9:22 AM 23 was working on his Doctorate at Ohio State University at the time, jumped at the chance of ownership. With the help of two partners and support from the Small Business Administration, Dr. Pickard took out a student loan and purchased his first McDonalds franchise, becoming one of the first African American franchise owners in the United States.

After growing his McDonald’s enterprise to 9 locations, Dr. Pickard began exploring other entrepreneurial ventures. At this junction, his relationships proved beneficial once again. Looking to expand into auto dealerships, Pickard contacted his mentor, Francis A. Kornegay, then President of the Detroit Urban League, to see what he could do to help. Mr. Kornegay delivered in a big way – providing Pickard a personal introduction and recommendation to Henry Ford II, President & CEO of Ford Motor Company. After informing him of the need for minority auto suppliers, Dr. Pickard’s conversation with Henry Ford II proved to be a life-changing experience, leading him to purchase Regal Plastics in 1984.

In any entrepreneurial journey, there are roadblocks and setbacks, and Dr. Pickard was not immune to them. After purchasing the bankrupt Regal Plastics, William Pickard grabbed hold of the company’s finances and was able to pay its creditors the agreed upon settlement eight months in advance. With the future bright, Dr. Pickard set his sights on aggressively expanding the company. The decision proved to be a miscalculation – overexpansion and an automotive downturn proved fatal for the business, forcing Dr. Pickard to shut the doors. However, this was not the end of William Pickard, he internalized Henry Ford’s words, “Failure is the opportunity to begin again, this time more intelligently” and began to work on his latest venture in the automotive industry.

Shortly after his work with Regal Plastics, Dr. Pickard began to acquire shares in a variety of other minoritybusinesses in the automotive space. While most weren’t sure what the end goal was, Pickard always had a vision. When he finally owned 51% of six firms, he founded the Global Automotive Alliance (GAA) in 1989. The move was groundbreaking for a minority business owner. Pickard surveyed the industry and
saw the trend of consolidation taking place in the automotive industry. He then decided to buck the trend of forming a joint venture with a major supplier and instead, forged partnerships with fellow MBEs to further grow their business and one another.

At GAA, nearly 50 percent of the employees and more than 30 percent of management were minorities. Global Auto Alliance became the first minority-owned group of tier-one and tier-two suppliers of plastic parts to the top three U.S. automakers. By 2004 the firm employed 1,275 people and had sales of $235 million. In 2001, The Detroit News named Pickard a Michiganian of the Year for his business success, civic leadership, and philanthropy. The William F. Pickard Living Center at Grand Valley State University, where he served on the board for 11 years, is named in his honor – and the Dr. William F. Pickard Business Scholarship supports first-generation students at the institution. 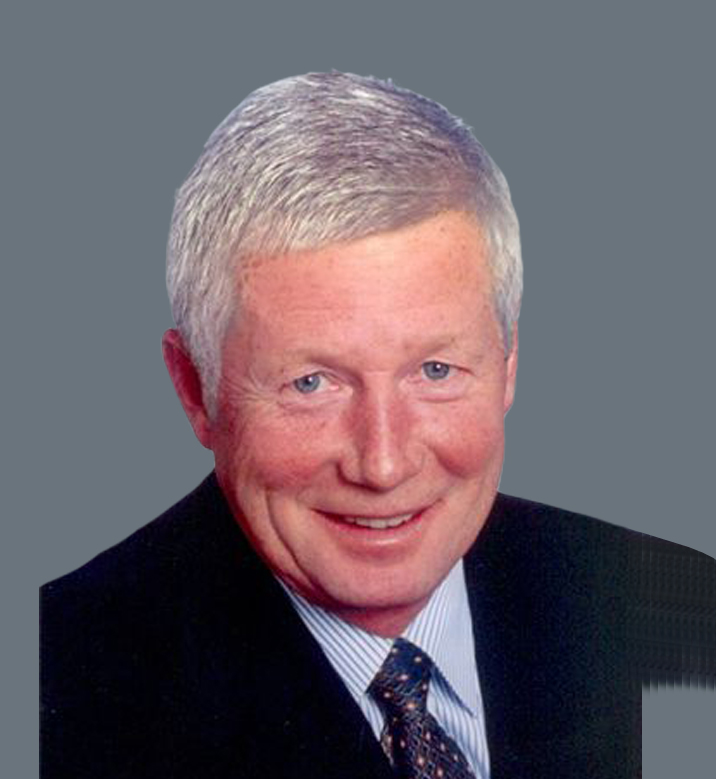